As Canadian museums grapple with how to make space for Indigenous voices and perspectives, a new initiative is aiming to give them a boost.

Canadian Heritage announced more than $680,000 in funding on Tuesday for the Canadian Museums Association to undertake a national review of museum policies — in collaboration with Indigenous communities — to ensure they line up with the United Nations Declaration of the Rights of Indigenous People (UNDRIP) and to make recommendations for best practices going forward.

The directive stems from recommendation 67 made by the Truth and Reconciliation Commission, one of four museum- and archives-related calls to action.

“This project will help build better relationships and stronger partnerships between Indigenous communities and Canadian museums,” said MP Gary Anandasangaree, parliamentary secretary to the minister of Canadian Heritage, while announcing the funding during the CMA’s annual conference in Toronto.

Anandasangaree also announced renewed funding of more than $350,000 to support professional development and other activities by the CMA, the industry body representing Canada’s 2,600 museums and related institutions.

The museum sector has been criticized for sidelining or excluding Indigenous voices and perspectives when presenting exhibitions about those very cultures.

Now museums “are moving into a new era and saying, ‘We want to be a part of a broadened dialog. We want to be part of the reconciliation process,'” explained Sarah Pash, a CMA board member, executive director of the Aanischaaukamikw Cree Cultural Institute and chair of the Cree School Board. 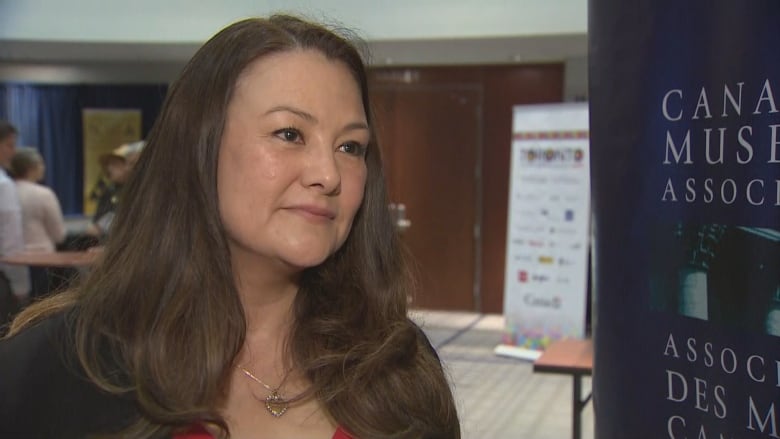 Museums are saying, ‘We want to be a part of a broadened dialog. We want to be part of the reconciliation process,’ according to Sarah Pash, a CMA board member. (CBC)

“What this funding allows the Canadian Museums Association to do is to support museums in that process and to help them with best practices, provide a toolkit, and help them find ways of collaborating with Indigenous communities,” said Pash, who also serves as a member of the CMA’s Indigenous Reconciliation Council, working on the policy review project.

Over the next two years, the group will conduct in-person and online consultations with museums and Indigenous communities and organizations across the country. Organizers will then draft a statement of best practices for Canadian institutions.

“That’s where the real change happens.”

Canadian Museum of History staffer Gaëlle Mollen has witnessed the profound effect an exhibition about Indigenous culture — carefully created and presented by people of that culture — can have.

During summer breaks from university, she helped launch, create programming for and worked in the Maison de la Culture Innue in her home community of Ekuanitshit, located opposite the Mingan Archipelago in eastern Quebec.

Mollen saw how much the exhibit meant to visitors, who ranged from international tourists interested in her culture to Innu schoolchildren who gained newfound pride learning from elders. 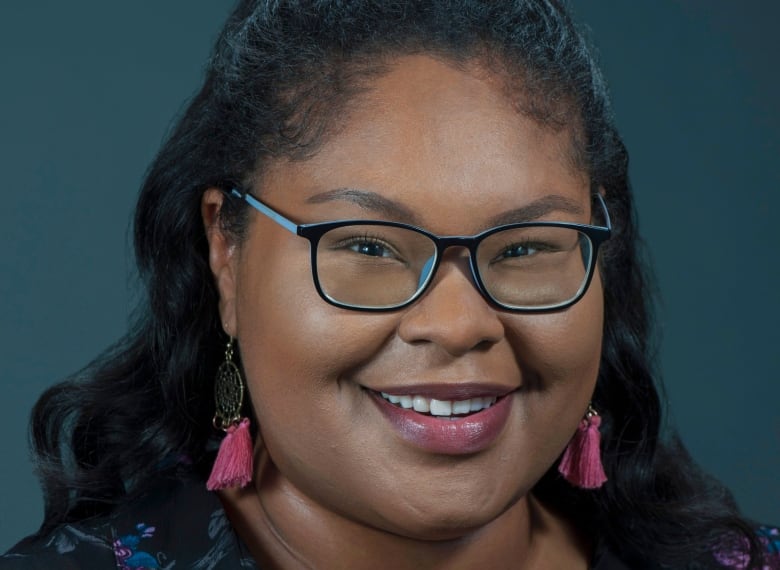 Now she serves as co-ordinator of the Canadian Museum of History’s long-running Indigenous internship program in Gatineau, Que. Launched in 1993, the national program is an eight-month boot camp of sorts that gives First Nations, Inuit and Métis participants hands-on professional and technical training in how museums work.

Mollen would love to see every Indigenous community have their own cultural centre, as well as more promotion of the wider museum industry to Indigenous youth. It was a serendipitous, first-year university job as a Museum of History host that first sparked her own passion for a career in the cultural sector.

“Working here really opened my eyes to all the possibilities we have,” she said.

Too often, museum efforts at including Indigenous culture have been shallow and historically focused, said Carolyn King, an elder and ambassador of the Mississaugas of the New Credit First Nation.

“We tend to be written off in the first sentence,” King said.

“I walk down these roads, drive down these roads, and I see nothing about us. And I would be happy if I was to look up on that wall and see something that represented me. I think that would go a long way to address the hurts of the people.” 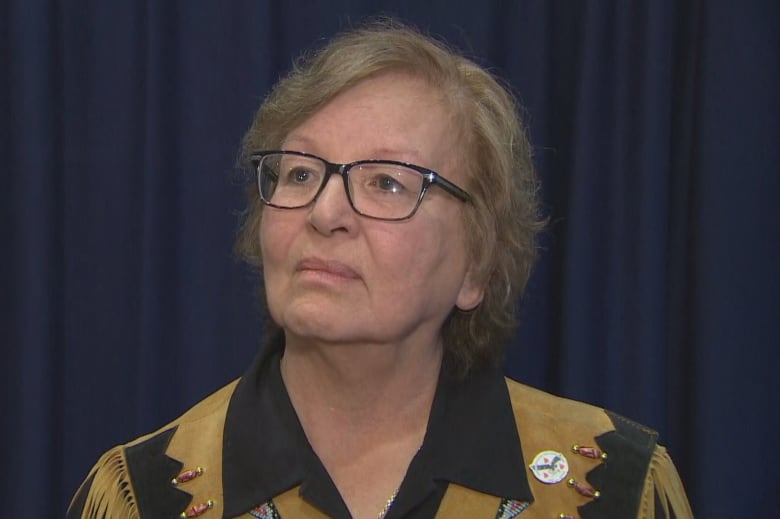 Too often, efforts at including Indigenous culture have ended after ‘the first sentence,’ said Carolyn King, an elder of the Mississaugas of the New Credit First Nation. (CBC)

Though she was skeptical whether the initial amount of funding announced Tuesday would be enough for the project, King is hopeful the project will be a path toward improvement for Canada’s museums.

She points to financial support Canadian colleges and universities have given to establish Indigenous councils and centres on campus over the years as an example.

“It’s made a big difference,” she said.