Zoella Zayce displays no photos of her family in her basement apartment in Vancouver, thousands of miles from where she left them in Brunei. The 19-year-old refugee claimant is a transgender woman, something she never told her conservative family.

Back home, family and friends sometimes asked if she was gay. It was an alarming question in the Southeast Asian country, which this month introduced new Islamic laws to punish homosexuality, adultery and rape with the death penalty, including stoning.

The laws, elements of which were first adopted in 2014, have been rolled out in the country of 400,000, stirring international outrage.

“I just didn’t feel safe with my family,” said Zayce, who says she knew from childhood that she was transgender. At 11 or 12, she remembers being forced to visit a cleric who performed a ritual she described as an exorcism or cleansing. “I was traumatized.”

In 2014, she heard about two people fined and jailed for cross-dressing: “I knew I had to leave very soon.”

Zayce arrived in Canada late last year, and now awaits the results of her asylum application, which could come as soon as November. 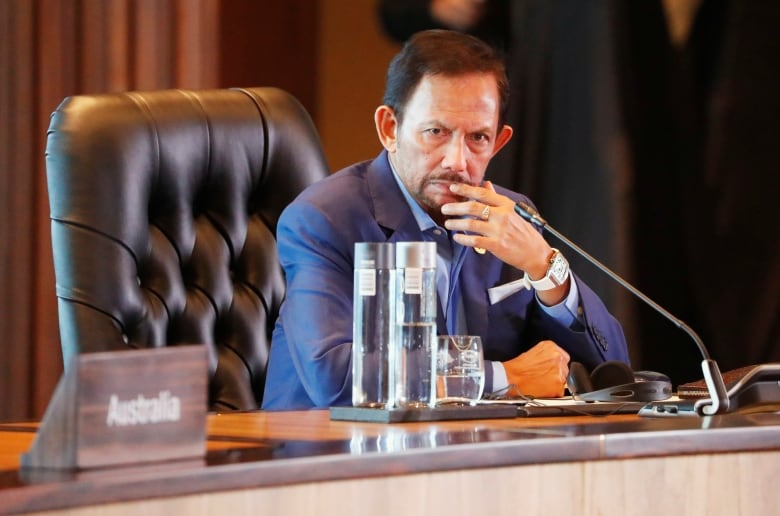 Zoella Zayce, who is seeking asylum in Canada because she is transgender, would like to see Brunei’s Sultan Hassanal Bolkiah abdicate and make way for democracy and more freedom. (David Gray/Reuters)

She chose Canada because it was far from Brunei. She thought it would be too expensive for her family or the authorities to come after her. Canada also had the reputation as an open society with strong protections for human rights.

“[Prime Minister] Justin Trudeau was very accepting of people fleeing their countries so that was one of the major things as well,” she said.

She works full time at an office doing data entry, and on the side as a math tutor.

“It’s been very busy for me and I’m glad I can support myself and don’t have to rely on the government,” she said.

She hopes to find a boyfriend and to eventually study computer science.

Zayce hopes for a secular Brunei in which the Sultan would abdicate and make way for democracy and more freedom.

Brunei has defended its right to implement the laws. Sultan Hassanal Bolkiah, 72, who has ruled the oil-rich country for 51 years, is one the wealthiest people in the world.

Brunei’s embassy in Ottawa was not immediately available for comment.

‘I wouldn’t mind dying back there’

The international community could help by applying trade sanctions against Brunei or scuttling the royal family’s investments around the world, Zayce said.

But mostly she is concerned with making her own voice heard, even though that means she may never be able to return to her homeland.

“I just want to let the world know that if I do get sent back to Brunei, I wouldn’t mind dying back there,” she said, starting to cry. “If I do go back, I would have at least lived a good life … on my own terms.”