Jordan Yarmey is charged with manslaughter in the January 2016 death of Szymon Kalich. Yarmey is accused of selling fentanyl to Kalich that resulted in a fatal overdose.

It took Edmonton police nine months to charge Yarmey with manslaughter. At the time, police said they wanted to reassure families of fentanyl victims that investigators take the cases seriously and look for evidence to lay charges whenever warranted.

It was the city’s first manslaughter charge in relation to a fentanyl overdose death.

At the start of his eight-day trial, Yarmey pleaded not guilty to manslaughter and trafficking fentanyl.

In January 2016, Kalich, 33 spent his last weekend alive at the Addiction Recovery Centre in Edmonton. His mother Danuta testified she had begun to notice differences in her son a few months earlier.

She said she thought his eyes were “more blurry or something.” 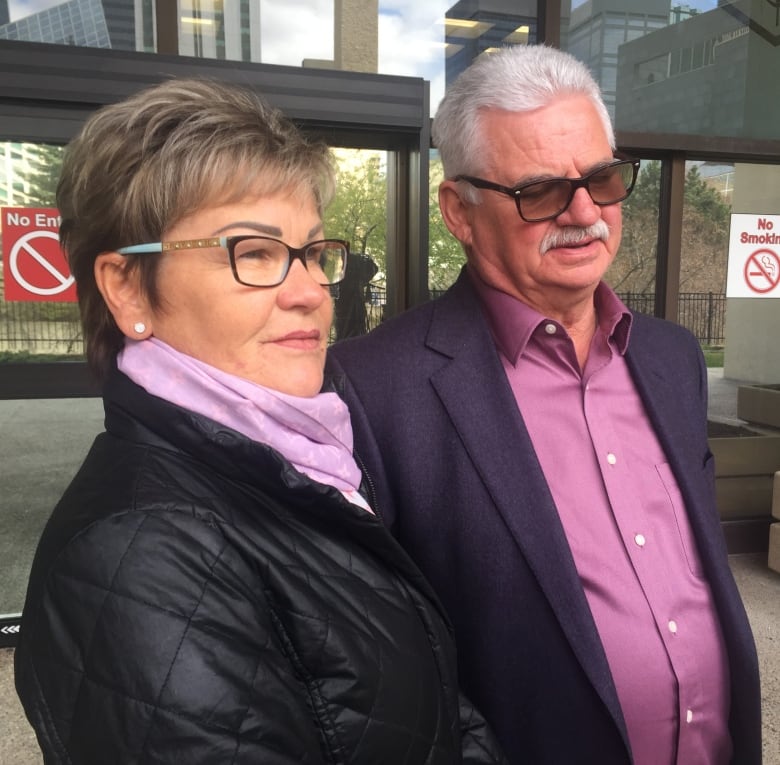 Danuta and Jan Kalich attended the first day of the trial for the man charged with the manslaughter of their son Szymon. (Janice Johnston/CBC )

She thought he was taking drugs, but had no idea what drugs he was consuming.

The mother said her son asked her for help; she agreed and drove him to the treatment centre on Friday, where he stayed until Sunday night.

Danuta Kalich testified she spent the entire next day with her son until a friend of his picked him up around 7 p.m.

She never saw him alive again.

‘At the beginning it did not seem like a criminal death’ 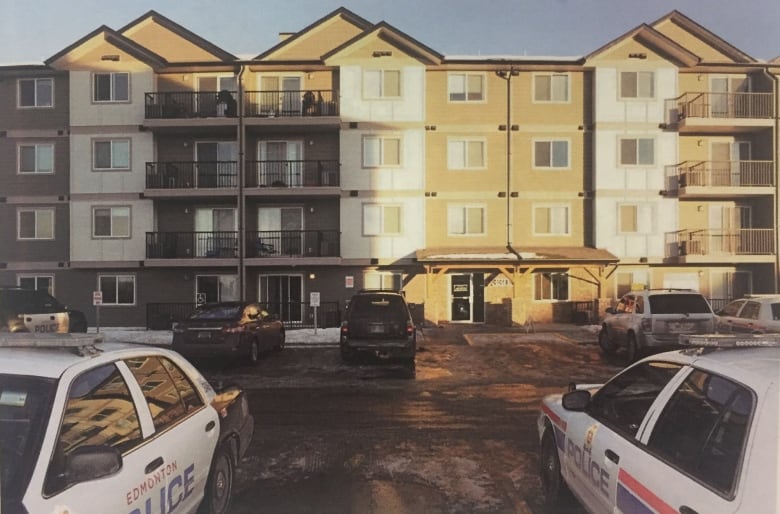 The Edmonton apartment building where the body of Szymon Kalich was found in January 2016. (Court Exhibit/Edmonton Police Service )

According to an agreed statement of facts, the man was fully clothed, lying on his back with legs slightly bent at the knee. He had no shoes on and the sock on his left foot was partially pulled off. His left arm and the right side of his face was dark purple and his left hand and fingers also showed signs of lividity.

The man was later identified as Kalich. A subsequent autopsy showed he had fentanyl in his system. Kalich’s body was found just outside the door of the apartment where Yarmey lived.

“At the beginning it did not seem like a criminal death,” Robertson testified Monday.

But Robertson said there were clues that led him to believe Kalich had been dragged to the hallway.

“The left sock was partially off the left foot,” Robertson said. “This particular situation suggested to me it was perhaps someone being dragged.”

After repeated knocking, Yarmey let Robertson and his partner into his apartment.

The now-retired detective said Yarmey didn’t seem to be nervous or argumentative. He recounted the questions and answers between them.

“I think the dead guy in the hallway came from here,” Robertson said.

“No, nobody else was here,” Yarmey replied.

“I don’t believe you,” Robertson said.

“Well, there was a guy here yesterday,” Yarmey told Robertson. “His name started with an S I think. He was gone when I woke up.”

“Come on, he didn’t get there by himself,” Robertson said.

Ultimately Yarmey confessed he found Kalich dead on the couch in his living room and moved the body out to the hallway.

Robertson concluded the death was an overdose and not a homicide. He turned the investigation back to southeast division officers.

When police executed a search warrant at Yarmey’s apartment the next day, they found nine green pressed pills in a lockbox inside Yarmey’s bedroom. Analysis later showed the pills were fentanyl.

The trial being heard by Court of Queen’s Bench Justice Beverly Browne is scheduled to last eight days.

Outside court, Szymon Kalich’s mother said she hopes this trial might make a difference, but she has her doubts, given the current opioid crisis.

“Very hard to say because there are so many people probably doing this right now,” Danuta Kalich said.